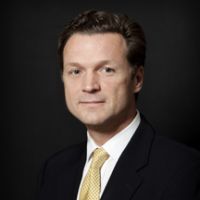 Keith learned the boutique hotel market from the men who created it. He started with ISH during its infancy, working with Ian and his late partner, Steve Rubell, in the inner circle of the growing company. At the time of his departure Keith was the most tenured ISH operating managers. This close involvement in ISH’s planning and operations gave him an in-depth understanding to the importance of the design, style, public relations and high service standards which make these hotels so popular and enduring. It also infused in him an appreciation for the sense of urgency and attention to detail which made ISH so profitable.
Drawing on his ISH experience, Keith was able to put together Boutique Hospitality Management’s involvement in dozens of projects, both nationally and internationally, over the two decade. The first venture in 1997 was the purchase a landmark art deco hotel in the South Beach section of Miami Beach. Following extensive renovation lead and the addition of the award-winning Abbey Dining Room, this boutique gem became the trademark of BHM’s talents and ability to turn a nonperforming asset into stylish and profitable boutique hotel. BHM also managed the Savoy Hotel, an all-suite hotel in South Beach. This project resulted in a second deal with the Arden Group to acquire the 144 room Omni Colonnade Hotel in Coral Gables Florida. BHM opened the Angler’s Boutique Resort in South Beach. The Angler’s has reached critical acclaim winning, HotelWorld’s 2007 Opening Hotel of the Year, sponsored by Hotel Motel Management Magazine. It was named in the, New York Times as one of the “53 places to see, and Conde Nast’s Travelers, “Hot List” in 2008. Additional BHM hotels are The 102 room Artmore Hotel in Midtown Atlanta, the luxury resort, and the Regency Hotel in Miami. The latest property to receive the BHM magic, is the Urban Villa in London. Running Urban Villa is the third hotel that BHM is involved with for Union Hanover Securities (UHS.) UHS is also behind BHM’s 5 star Sarani Resort and 3 star Mantra Resort in Panama. Other BHM projects included,  Rosalie Bay Resort on the Caribbean Island of Dominica, and the Pelican Grand Beach Resort, Ft. Lauderdale. In 2007 BHM also expanded its operations into managing high-end boutique office buildings and has extensive experience with the condo-hotel environment. In addition to his responsibilities at BHM, Keith is also a Managing Director of Urbana Hotels & Resorts (“UHR”) and severs as their hospitality advisor.
Keith lives in Coconut Grove, FL with his wife and three children, Connor, Sarah and Emma. He has been a speaker for numerous industry panels and is a recognized industry expert within the boutique hotel sector.  Hotelnewsnow.com and Lodging magazine both turn to him for insight into latest trends, successful management and other aspects of running successful boutique hotels.