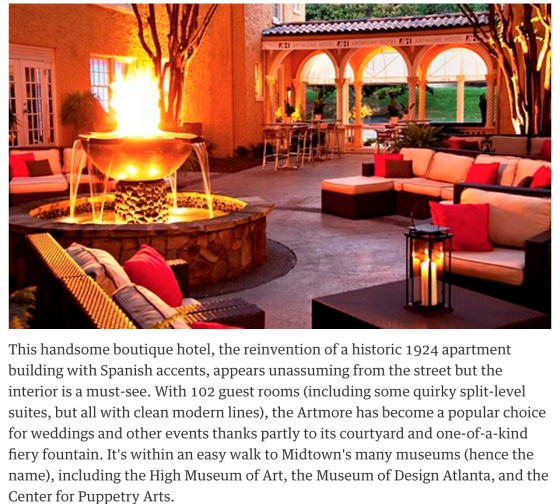 The Artmore received press from the prestigious Guardian UK, a major newspaper in The United Kingdom in an article about where to stay in Atlanta.  The Artmore was listed second and featured its signature water/fire pit in its courtyard. his handsome boutique hotel, the reinvention of a historic 1924 apartment building with Spanish accents, appears […] 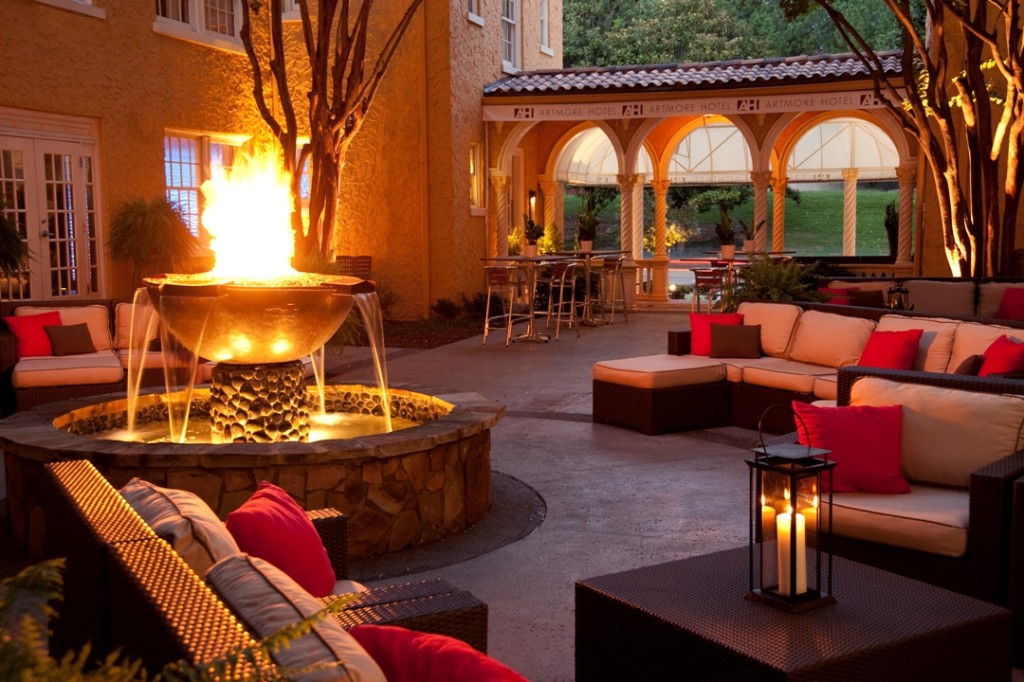 The Artmore Hotel is a distinctive Midtown Atlanta Hotel that completely bucks the trend of the corporate hotel in Atlanta.  Boutique Hospitality along with Jamestown properties took over the former Granada Suites Best Western Hotel with the vision of turning it into a small, yet upscale boutique hotel. Located one stop down from the Midtown […]